Our Board is ultimately responsible for the Trust’s performance. It provides the strategic direction to help ensure we deliver high quality, safe services.

The Board holds regular meetings to discuss key issues around performance, quality and governance. Anyone is welcome to attend a public board meeting.

We also have a Council of Governors (staff, public and appointed), who represent the views of Foundation Trust Members. Governors help the Trust make decisions about our services and hold our Non-Executive Directors to account.

You can view our Executive and Non-Executive Directors below.

Lynne has a track record of over 40 years public service, working in the NHS within mental health and learning disabilities services. She began her career as a nurse in Dorset, before moving to London and has held a number of clinical and Board level roles. Most recently she was Non-Executive Director and Vice Chair of Dorset HealthCare University NHS Foundation Trust. 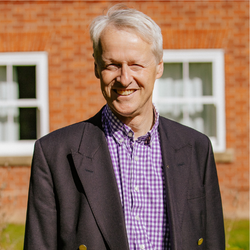 Michael’s career has been in IT, with spells in Sales and Marketing leadership, culminating in a role as an International Marketing Director. He is on the Boards of two well-established charities, is a Governor at a Secondary School and sits on the Advisory Board for Exeter University Business School.

Exposure to mental health problems close to him have given him a long- standing interest in this area and motivated him to apply to the Trust. He hopes to be able to help the Trust with his experience in leadership in a large, complex organisation, as well as a background in strategy and communications.

Jeni has worked in public service for over 25 years in the NHS and Local Government. A nurse by background, Jeni is also a health economist and worked as a Policy Analyst at City Health Trust in Newcastle. She then moved to join the Local Government Association (LGA) as a Programme Manager progressing to the LGA Board as a Programme Director.

In 2007, she became Chief Executive of an international health charity, the European Health Management Association, focusing on policy and practice to improve health management. Since leaving in 2016, she has provided change management consultancy services and was a carer for her step father who had Alzheimer’s.

She has held various Trustee roles since the 1990s and is currently Chair of a local university.

Kevin was previously Deputy Chief Inspector of Hospitals and lead for mental health at the Care Quality Commission (CQC), where he was responsible for the regulation of all mental health providers in England. Kevin has also held senior clinical leadership posts at NHS Trusts and in New Zealand, as well at the National Patient Safety Agency.  We have no doubt that his input will have a huge impact on our journey of continuous improvement.

Kate was in the City for over 30 years, becoming a senior lawyer in a globally significant, highly regulated financial institution where her role included risk, working with regulators, industry groups and understanding the dynamics of and challenges faced by individuals and complex  organisations.

David has over 30 years’ experience in clinical leadership posts. Most recently he has been interim Medical Director at Great Ormond Street, where he was the Trust lead for patient and staff safety and clinical quality, responsible for the legal team, medical workforce, education and development. After qualifying as a Consultant, David specialised in sexual health and genitourinary medicine before progressing into divisional management roles.

He has held a range of Board Level clinical leadership posts during his career, as well as being Acting Chief Executive at Barnsley Hospital from 2006 to 2007. David held a number of roles with Mid Yorkshire Hospitals NHS Trust, advising on the Trust’s clinical reorganisation and Chairing the Quality Committee, leading on safeguarding and End-of-Life Care. In addition to his role at Great Ormond Street, he was also a Clinical and Professional Advisor to the Care Quality Commission and a Medical Appraiser to NHS England, supporting a number of GPs across the South of England. He is also an Honorary Senior Lecturer at the University of Sheffield and an Assistant Professor at the University of St. Matthew’s in Miami.

David is a Fellow of the Institute of Chartered Accountants in England and Wales and held Chief Financial Officer (CFO) roles in major UK based companies for 24 of his 34 year executive career covering 48 different countries. As Chief Finance Officer of the respective Boards he helped to successfully grow and transform seven organisations, including six PLCs. In 2010 he was nominated by one of the leading accounting firms as ‘an outstanding international Chief Finance Officer’.

His mother lived with Alzheimer’s for 10 years before her death in 2011. His mother-in-law died in January 2021, again after a long period of dementia. David was honorary Treasurer and Trustee of the Alzheimer’s Society from September 2015-March 2017.

David was a member of the Scout Association for 40 years, rising to Explorer Scout Commissioner before retiring. He is also a past member and Chairman in the Round Table organisation, and a member and past Chairman of the Ex-Round Tablers’ Association.

Dr Subashini M
Subashini is a surgical doctor by background, and is the Director of Science, Health and Wellness at Holland and Barrett where she provides expertise powering the delivery of science-backed in-store and digital products and services, to cement Holland and Barrett’s status as a trusted health and wellness destination.

Subashini Chairs the Quality & Safety Committee and is the Wellbeing guardian for the trust. She is also a Non-Executive Director at Healthwatch Hampshire, and a faculty member at Good Governance Institute.

Ade is the Director and Superintendent Pharmacist of the MJ Williams Pharmacy Group. He is the Lead prescribing Pharmacist at the multi-award-winning Bedminster Pharmacy in South Bristol. He was an Associate Non-Executive Director at the North Bristol NHS Trust also worked as part of a GP Clinical Team. Ade is the Royal Pharmaceutical Society’s Patient Champion. For distinction in the practice of pharmacy, he received a Fellowship of the Royal Pharmaceutical Society. He maintains ongoing research and clinical design interest in population health management and addressing health inequalities.

Further recognition for his work through national awards include the 2019 NHS Parliamentary Award for Excellence in Primary Care, GP-Pharmacist of the Year 2019 and NHS Pharmacist of the Year 2018. As part of the 2018 NHS70 Parliamentary Awards, he was nominated as the Person-Centred Care Champion. Ade received an MBE in the New Year’s Honours list 2022 for his services to the NHS and the community in South Bristol, particularly during COVID-19.

Ron has considerable leadership experience with over 20 years as a successful NHS Chief Executive. His 40-year NHS career spans varied roles across physical and mental health, inpatient and community settings. Prior to joining Southern Health, Ron was Chief Executive at Dorset Healthcare University NHS Foundation Trust, where he led the organisation to achieve an overall Care Quality Commission rating of Outstanding.

Ron has also led NHS organisations in London and Northampton. He has a track record of successful and sustainable transformation and integration of services to improve patient outcomes. 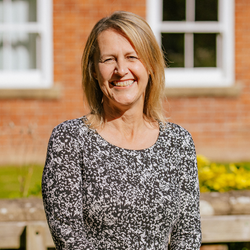 Paula joined the Trust in 2009 and was appointed as Deputy Director of Finance in 2014. Prior to this, Paula’s finance experience was within commissioning, including the Finance Director for Mid-Hampshire PCT between 2001 and 2006.

As part of her role at Southern Health, Paula leads on finance, procurement, performance reporting and contracting.

In 2001, Paula attained an MBA from the Cranfield University and is also a member of the Chartered Institute of Management Accountants. 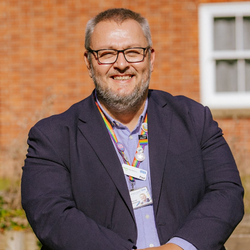 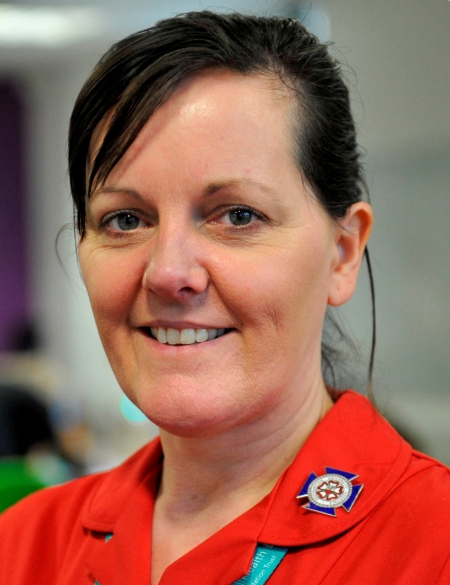 Paula Hull, Director of Nursing and Allied Health Professionals -
Paula qualified as a registered nurse at Southampton Hospital in 1988. Following a career in community nursing, she became a practice nurse, working in primary care for over 10 years. After several years as a Matron in Primary Care, she joined Southern Health. She also worked at South Central Strategic Health Authority as a Patient Safety Manager.

Paula attained a Masters in Leadership and Management from the University of Southampton in 2013 and became the Associate Director of Nursing and Allied Health Professionals in the Integrated Services Division in 2014. This includes responsibility for all Nurses and Allied Health Professionals and accountability for ensuring patients, service users and families are at the heart of our services.

Eugene Jones joins the Trust as Chief Operating Officer from 1 April 2022. A highly 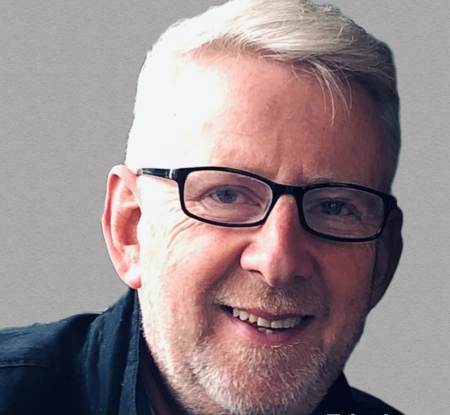 experienced and capable director, Eugene will be joining us from East London NHS Foundation Trust, an outstanding rated organisation, where he has led on successful transformation of services and, recently, the Trust’s response to the pandemic. Eugene is a compassionate and inclusive leader, who puts patients, carers and colleagues first. He has held Director-level posts across health and social care since 2013 including mental health and community health services. 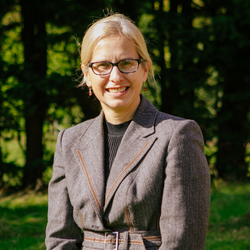 She previously worked with Hounslow and Richmond Community Healthcare (HRCH) NHS Trust, where she was the Director of Planning and Performance.

Heather holds a Master’s Degree and PhD in Civil Engineering and prior to joining the NHS she worked in engineering consultancy and project management.

Steve joined the Trust as Chief Medical Officer in May 2021. A GP by training, Steve is also a programme director at the Wessex Deanery and helped set up enhanced access to mental health support and increased mental health expertise in primary care. Steve was formerly Medical Director at Dorset Healthcare.

Back to About us